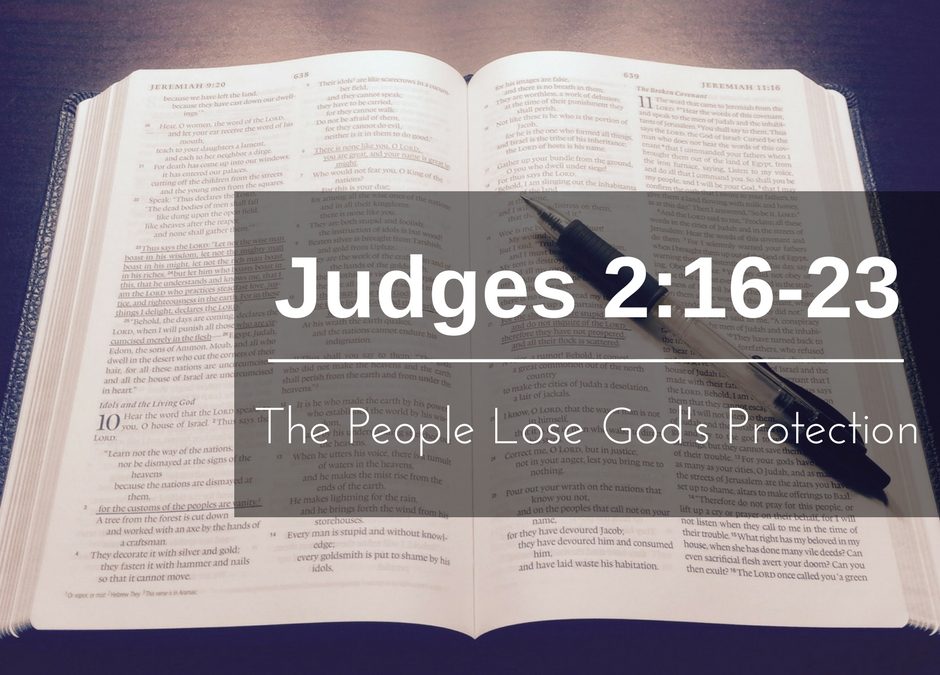 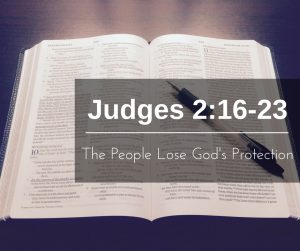 16 Nevertheless the Lord raised up judges, which delivered them out of the hand of those that spoiled them.

17 And yet they would not hearken unto their judges, but they went a whoring after other gods, and bowed themselves unto them: they turned quickly out of the way which their fathers walked in, obeying the commandments of the Lord; but they did not so.

18 And when the Lord raised them up judges, then the Lord was with the judge, and delivered them out of the hand of their enemies all the days of the judge: for it repented the Lord because of their groanings by reason of them that oppressed them and vexed them.

19 And it came to pass, when the judge was dead, that they returned, and corrupted themselves more than their fathers, in following other gods to serve them, and to bow down unto them; they ceased not from their own doings, nor from their stubborn way.

20 And the anger of the Lord was hot against Israel; and he said, Because that this people hath transgressed my covenant which I commanded their fathers, and have not hearkened unto my voice;

21 I also will not henceforth drive out any from before them of the nations which Joshua left when he died:

22 That through them I may prove Israel, whether they will keep the way of the Lord to walk therein, as their fathers did keep it, or not.

23 Therefore the Lord left those nations, without driving them out hastily; neither delivered he them into the hand of Joshua.