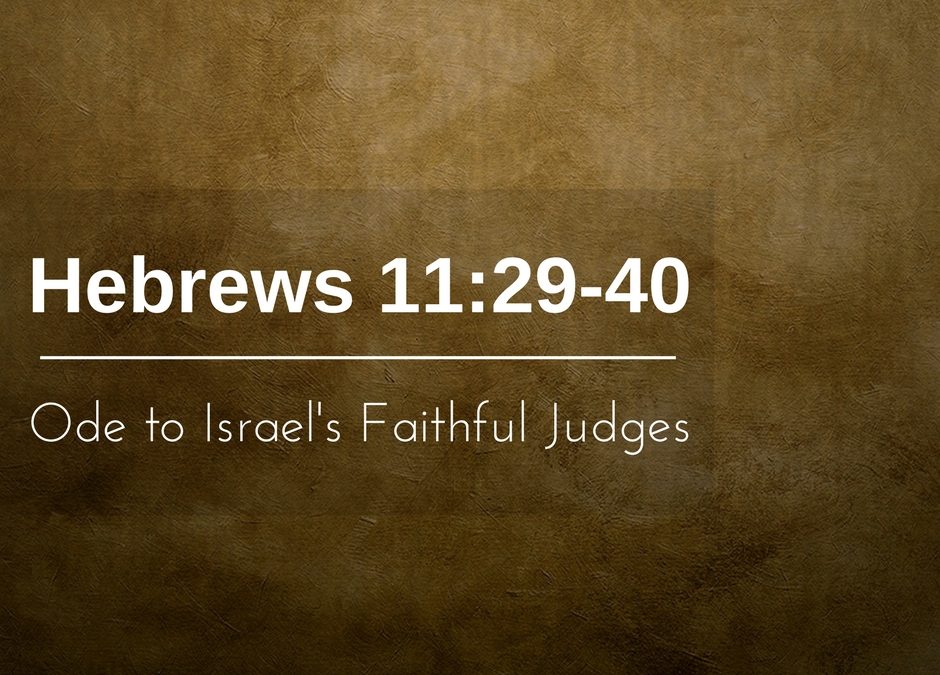 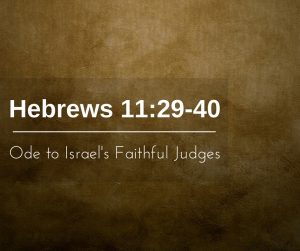 29 By faith they passed through the Red sea as by dry land: which the Egyptians assaying to do were drowned.

30 By faith the walls of Jericho fell down, after they were compassed about seven days.

31 By faith the harlot Rahab perished not with them that believed not, when she had received the spies with peace.

32 And what shall I more say? for the time would fail me to tell of Gedeon, and of Barak, and of Samson, and of Jephthae; of David also, and Samuel, and of the prophets:

34 Quenched the violence of fire, escaped the edge of the sword, out of weakness were made strong, waxed valiant in fight, turned to flight the armies of the aliens.

35 Women received their dead raised to life again: and others were tortured, not accepting deliverance; that they might obtain a better resurrection:

36 And others had trial of cruel mockings and scourgings, yea, moreover of bonds and imprisonment:

37 They were stoned, they were sawn asunder, were tempted, were slain with the sword: they wandered about in sheepskins and goatskins; being destitute, afflicted, tormented;

38 (Of whom the world was not worthy:) they wandered in deserts, and in mountains, and in dens and caves of the earth.

39 And these all, having obtained a good report through faith, received not the promise:

40 God having provided some better thing for us, that they without us should not be made perfect.