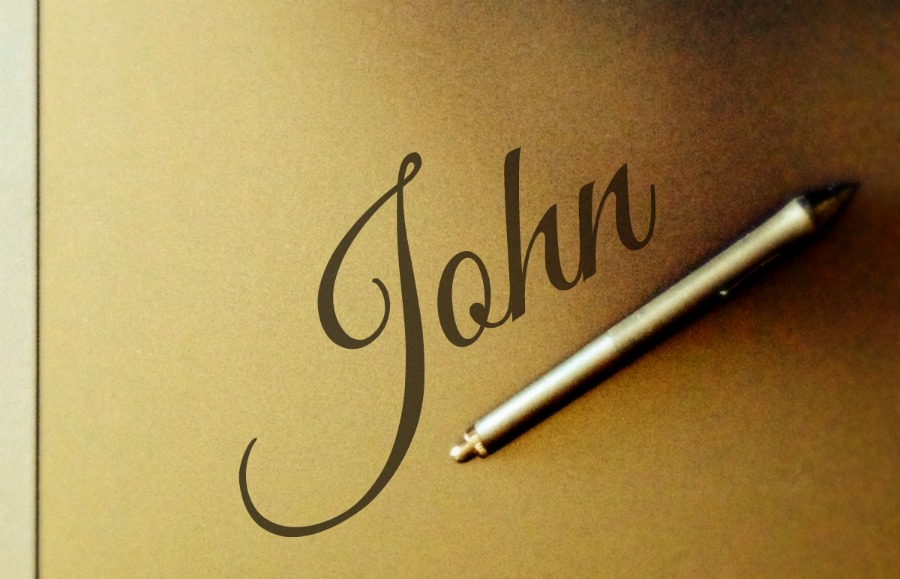 His name is John. 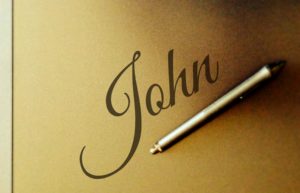 57 Now Elisabeth’s full time came that she should be delivered; and she brought forth a son.

58 And her neighbours and her cousins heard how the Lord had shewed great mercy upon her; and they rejoiced with her.

59 And it came to pass, that on the eighth day they came to circumcise the child; and they called him Zacharias, after the name of his father.

60 And his mother answered and said, Not so; but he shall be called John.

61 And they said unto her, There is none of thy kindred that is called by this name.

62 And they made signs to his father, how he would have him called.

63 And he asked for a writing table, and wrote, saying, His name is John. And they marvelled all.

64 And his mouth was opened immediately, and his tongue loosed, and he spake, and praised God.

65 And fear came on all that dwelt round about them: and all these sayings were noised abroad throughout all the hill country of Judaea.

66 And all they that heard them laid them up in their hearts, saying, What manner of child shall this be! And the hand of the Lord was with him.

The Final Day of the Lord

Do Not Worry, God Will Provide